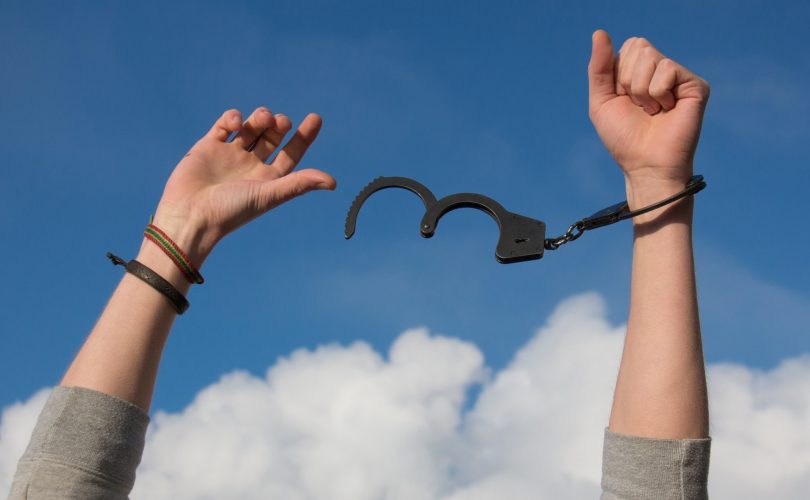 We shall draw from the heart of suffering itself the means of inspiration and survival.
– Sir Winston Churchill

My name is Jerome. I’m a recovering addict.”

This is not the kind of revelation one would expect to hear from a person who looks like Jerome. With his neatly combed hair and boyish looks, he effortlessly exudes confidence, poise, class and a hint of quiet elegance. As far as first impressions go, one would quickly assume he’s had an easy and polished life.

But reveal he did, without batting an eyelash. Given the fact he was speaking in a public forum, Jerome’s statement was met with uncomfortable silence. One could almost hear a pin drop. In a society rigged with loads of taboos, drug addiction is definitely a skeleton that one is expected to keep locked up in the closet.

For Jerome, however, his past life is a skeleton that must be bared. For if not for his shady past, he wouldn’t now be right smack in the frontline of a relentless effort to crack down on the local illegal drug trade.

Jerome’s long-drawn struggle over drug addiction started innocently at Grade 5 when he had his first sip of drugs – alcohol. “I was trying to impress my friends with how well I can handle alcohol at such a young age” says Jerome.

His friends eventually introduced him to pot and amphetamines, all in the same year. He soon found himself sniffing more and more of the stuff. Next thing he knew, he was losing sleep and appetite. “When I lie down all I could hear was my loud heartbeat,” Jerome recalls. Unknown to him at that time, Jerome was already exhibiting the classic symptom of euphoria one gets from amphetamines.

But amphetamine is an expensive drug and soon a vicious cycle of drugs and alcohol starts to develop which ultimately let to another vice – stealing. “I would lift money from my mother’s purse and forcibly pry open my parent’s cabinet to steal jewelry,” Jerome confessed. Once, his parents came home from an overnight trip to find an empty living room after Jerome “swapped” all their appliances in exchange for drugs. “If I was in my normal senses, I would not have done that at all. But because I was heavily into drugs, I was very self-centered. All I can focus on is when will I use it next, where can I get money to buy it.”

As Jerome began to sink deeper into his addiction, he was also up to his neck in lies. “Each day I had to memorize the lies I made up the previous day so I could continue it,” he said. He became good at lying that his parents were not able to discover his addiction until it was too late.

When his parents found out about it, they were forced to send him to Medical City – a mental ward- in Manila, Philippines. “My parents did not know anything about drugs back then or where to send me, so I found myself in the basement of a mental ward,” Jerome recalls. He stayed in the ward for over a month, and then came home to his hometown to continue his college studies.

Sadly, he continued his drug addiction, too. He confessed to leaving the house, clad in his school uniform, letting his parents believe that he’s going to school, then leave his car parked inside the campus and quickly go over to the house of a drug dealer. “I did this for around four years. All the while I thought I was duping my parents, but in the long run I realized I was only fooling myself,” Jerome said, shaking his head. “I was not able to finish my studies because of my addiction.”

Soon, Jerome got sick and tired of being sick and tired. He finally asked help from his father and the next day, he was bundled up to a plane and sent to New Beginnings, a private rehabilitation center in Manila. However, Jerome admits that his cry for help was only half-true, half-lie. “Half-true because I was really tired of my life, and half-lie because I never really had any plan to stop.”

In the center, though, Jerome would find out that life without drugs was a great life after all. And it was a different Jerome who would come back home from the center.

For a year, Jerome was able to remain drug-free. But as all victims of drug addiction are painfully aware of, each day poses a risk of sliding back to old habits. After a drug-free year, he had what is called a relapse. “I had backslide. Because I went back to slippery places and hung out with slippery people.” All the negative character effects of drug addiction came rushing back, until one dawn, around 2:00 a.m., Jerome recalls going home and finding his son and the boy’s mother sleeping on the couch. That’s when realization hit him hard. “I asked myself, if I keep on using drugs what kind of life would my son have?”

In 1999, to fortify its anti-drug campaign, the government of Negros Oriental province in the Philippines started erecting its own Negros Oriental Drug Rehabilitation Center, a project worth around P6.9 million. Governor George P. Arnaiz referred to the center as “a symbol of hope and light for our hundreds of drug dependents out there who are still hiding behind the cloak of false pleasures and ecstatic moments, but in reality are on the brink of self-destruction.”

And today, in this center, Jerome sits as program director.

One day at a time

According to Dr. Noel de Jesus – an accredited physician of the Dangerous Drugs Board- there is no truth to the claim that “once an addict, always an addict” as there are many who outgrew their addiction. Jerome is one of them, but then he clearly stands out from the pack. For not only has he turned his life around, Jerome is now also pitching in his share to boost the province’s addiction recovery program.

Jerome closely works with the center’s counselors in helping their clients recover from drug addiction and walk them through the 12-steps program method. He also goes around the province speaking openly against substance abuse and tirelessly shares his story in public forums to dissuade youths from treading the rough path he’s trod.

In between running the province’s only drug rehabilitation center and finishing his college studies, Jerome is taking each day one at a time. “For me, everyday is drug prevention day,” he says. He proudly adds that from the moment when the sight of his son pushed him to turn his life around until today, it has been a continuous recovery for him.

Jerome is now excited about what life has in store for him now that he is a drug-free man. His eyes light up as he talks about long-term plans. “There are so many beautiful things in life that I can appreciate if I remain drug-free – beach, working, being with my family, sports, dancing and studying.” And now that he has gone back to school to continue his studies, he jokes about how he is even older than some of his teachers. “But it’s okay, since this is a price I have to pay for my drug abuse in the past,” he said, shrugging his shoulders.

Through sheer will and determination, Jerome has given what society badly needs in the midst of the soaring statistics on drug use – hope.

Hope that drug addiction can be stopped and hope that someone who has fallen so low before can rise and become a driving force in the community.